When it comes to the job market, it seems like the biggest thing on everybody’s mind these days is the rise of automation and robotics. From the Internet of Things (IoT) to self-driving vehicles, not a single aspect of modern life remains untouched by technology. Though some things like smartphones are more ubiquitous than others, it’s only a matter of time before automation breaks out of test labs and factory floors to become truly integrated into our daily lives.

Indeed, it often seems that the world automation triggers images of giant factories with complicated machinery or something along the lines of a cartoon robot capable of doing everything from walking your dog to doing your dishes. However, the truth is that today, most forms of automation are actually quite common and subtle… 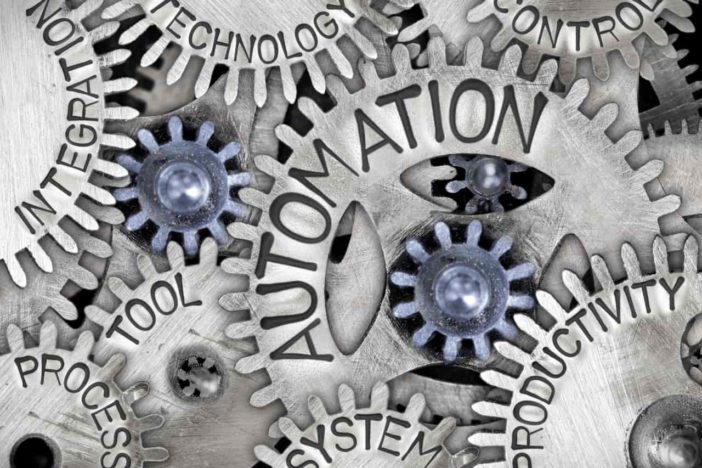 For anybody who’s ever cashed a cheque via their bank’s smartphone app, they’ve interacted with automated processes. ATMs and ABMs have been around for decades now, making a large number of bank teller jobs redundant. That too is automation. Even investing has become automated, with companies like Wealth Simple allowing users to sign up and invest with little to no effort using their smartphones.

Just as banks went the way have ATMs and ABMs, many modern grocery stores have similarly begun to outfit themselves with automated checkouts, resulting in fewer jobs for grocery clerks. Even actual brick-and-mortar shops are at the risk of one day being phased out – online grocery stores like Ocado have begun to disrupt the existing market, allowing customers to purchase food with the click of a button. Behind the scenes, Ocado’s grocery stores are also very heavily outfitted with robots who do most of the manual labor.

Another example of automation comes from the white-collar world of law. A university student recently made headlines after creating a free chatbot called DoNotPay, which quickly allows a bot to write parking ticket appeals based on user input. Marketed as “the world’s first robot lawyer”, the DoNotPay chatbot simply shows that the field is ripe for the creation of other similar bots and automated processes.

Another white-collar industry under threat is the world of health and medicine. For instance, machine learning algorithms are now able to do things such as identify potential tumors of an MRI scan with incredible accuracy. Even automated surgery may one day become common as the technology becomes increasingly sophisticated. Soon, it will be humans assisting robots in surgery rather than the other way around.

Thanks to workflow management applications such as Zapier or IFTTT (If This Then That), common administrative tasks can be completely automated, cutting out the need to hire data entry clerks. These workflow managers make connecting APIs (Application Programming Interfaces) simple and codeless and are aimed at non-programmers who want to automate common processes in their lives. As such, even developers have something to lose if automation becomes too sophisticated!

Given how big a role automation already plays in the lives of modern human beings, who’s to say what the world will look like tomorrow? Many people have expressed worries about the potential for further job losses as Cloud RPA (Robotic Process Automation) becomes truly ubiquitous, and such fears are not necessarily unfounded. For instance, many big companies like Tesla, Google, and Uber are experimenting with driverless vehicles.

Driverless vehicles alone would have a huge ripple effect across multiple industries. Taxi industries, already heavily impacted by services such as Uber, would suffer further job losses from the advent of driverless vehicles. Logistics and transportation jobs would also be cut once fleets of driverless trucks finally hit the roads for the first time. Bus drivers and subway operators around the world will also hit record unemployment levels in the foreseeable future.

The 3 Tips to Starting A Medical Lab Business

These Are The Best 5 Online Grocery Delivery Apps

Investments that Lead to Success in Manufacturing

On the Path to Success: 7 Secrets of the Most Successful Grocery Store Owners

Preparing for an automated future

While it’s tempting to simply grumble and panic about the potential state of a jobless future full of income inequality, the other option is to arm oneself with as much knowledge and information as possible in order to thrive. For instance, online technology courses offer flexible opportunities for students to learn about how to become anything from a robotics technician to a PLC programmer. Though many jobs will be lost through automation, other new positions will certainly open up. It is simply a matter of reading the writing on the wall and preparing for the right opportunities that are to come with an automated future.