Public speaking is no walk in the park. In fact, many people experience paralyzing anxiety when asked to speak in front of an audience. In order to combat those scary feelings, public speaking enthusiasts have developed a series of tricks that help make the experience easier.

Rhetorical devices are tricks used by professionals to make their speeches more compelling. These small changes in dialogue can increase engagement and create a connection between you and your audience; thus, making your content undeniably interesting. 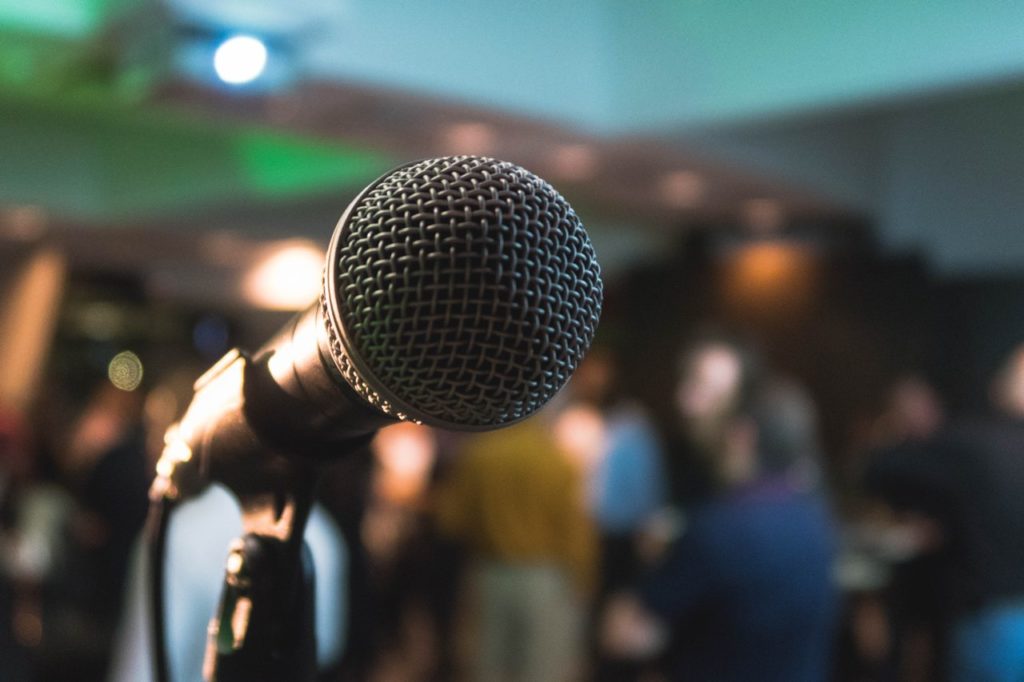 If you’re preparing for your next big speech, or just want to brush up on your skills should the time come, consider these seven rhetorical hacks that will completely transform your speech for the better.

This is the device used by football coaches and motivational speakers alike. This trick utilizes a word towards the end of a statement by repeating it in the next sentence. Dr. Seuss himself is the master of anadiplosis with the famous quote, “I am Sam; Sam I am.” This device creates emphasis in a simple manner. When your listeners can leave with a memorable takeaway, they’ll genuinely appreciate the speech.

Of this trick is reversing your words for greater emphasis and clarity. Winston Churchill killed the antimetabole game with his infamous quote, “It is not even the beginning of the end but is perhaps, the end of the beginning.” This simple, yet concise phrase has been paraphrased in literature and film for centuries. Why? Because it stands out. A repetitive word or sentence can change the trajectory of your speech from basic to unforgettable.

This is perhaps the most thought-provoking yet conflicting device to implement. When you present opposing ideas with the purpose of conveying a larger message, your argument instantly becomes stronger. Not to mention, these devices make for some pretty wicked quotes. Perhaps the most quotable antithesis is derived from A Tale of Two Cities by Charles Dickens. “It was the best of times, it was the worst of times.” In an instant, you’re drawn into the story and crave more.

Metaphors are oldies but goodies when it comes to grabbing the attention of your audience. It’s defined as comparing two opposites to convey a point. The catch is, these two things usually have one characteristic in common. So, when The Weather Girls said, “it’s raining men” they didn’t mean handsome fellows were falling from the sky. Rather, the abundance of men in the area is likened to rainfall. See how the two concepts are different, but still create a memorable statement? This is great for speaking to younger audiences because it grabs their attention while still making a valid point.

This literary device attributes human-like qualities to elements of nature. While this should be used sparingly, it gives your speech an element of beauty that is often found in great works of literature, by stating, “the trees danced with a furious passion” can decorate the simple way of saying, “it’s windy outside.” This gives your speech creativity and spunk which completely elevates your dialogue.

Similes are awesome tools that upgrade your delivery while conveying a strong point. By stating, “as hard as a rock” you’re implying that a challenge could be unforeseeable. It gives the audience something they can relate to in a simple way. Have fun with this literary tool, but remember to keep it easy to understand. You don’t want your point missed by a complicated simile.

Similes are also awesome ways to incorporate elements of design into your presentation. If you’re using PowerPoint, illustrate your similes with slides that design themselves. This is guaranteed to grab and keep your audience’s attention.

This device, which repeats a word or phrase with different meanings, is used primarily by sales representatives or commercials. Although specifically based on branding, it can work wonders for your speech. William Shakespeare wrote, “put out the light, and then put out the light.” See how it creates emphasis? Use this when you really want your audience to grasp a specific point and leave with something memorable.

Public speaking doesn’t have to be run-of-the-mill. In fact, you can add your personality with simple rhetorical devices. By implementing these literary devices into your public speaking, you’ll be silver-tongued in no time!