The misconduct of employers and persons in higher positions in the workplace is nothing new and has been a shameful part of our society over the centuries. For the majority of that time, there was very little that a regular worker could do to counteract this type of behavior, as employment law has had a tendency to favor employers and big corporations over employees. This did not leave much legal leeway to stand a chance in court when suing a manager over workplace misconduct.

Thankfully, the times have changed, and as various legal cases and social movements, such as #MeToo has shown, societies are progressing towards the more desirable model of fair and just communities where each individual can feel safe and certain that they can adequately protect their own rights and freedoms. 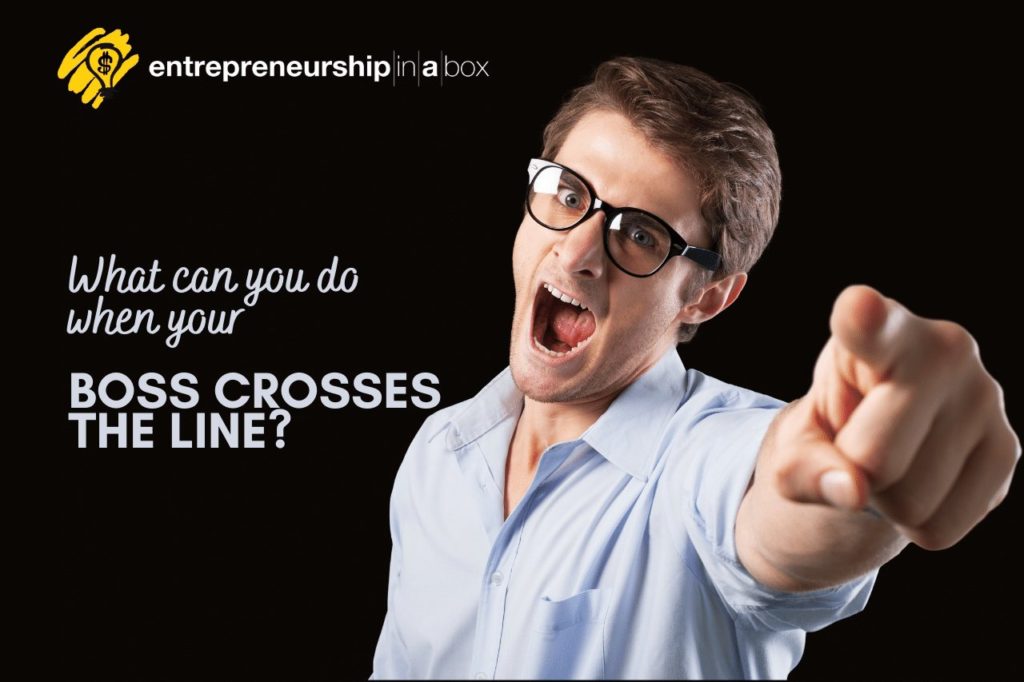 Misbehaving superiors, whether in the area of sexual misconduct, mobbing, or inadequate pay practices, can be taken to court and prosecuted for their crimes. There are, however, instances of unfair bosses, who, while behaving inappropriately, are managing to legally and safely make their employees’ lives a living hell.

What can you do in those situations, and when can you know for sure that your boss has crossed the line?

If your manager or supervisor is simply being a giant douchebag and does not do much more harm besides that, your strategy can be quite simple. Though It might be difficult to implement if you consider yourself more sensitive than the average Joe. Once you get on top of it, it can make your workdays much more bearable.

Detach emotionally. Reach deep within yourself and consider the fact that you owe nothing to the company you work for, and even less to the person who is being a mean and unfair supervisor. Superiors who are assholes tend to do so out of emotional immaturity, or the willingness to take their past pains out on someone else. In some scenarios, the annoying actions of micro-abusive bosses are simply cries for help. Consider that as well.

Mean and vicious managers are in many ways very similar to school bullies — just like kids that pick on others, they, too are probably behaving that way to ineffectively deal with unresolved personal issues, and just like the bullies, they, too, will lose interest if you simply ignore them.

It might sound terrifying at first, but it makes much more sense once you ponder upon it for a while. Directly confronting your boss about their behavior seems to work particularly well if you feel like they are having a personal issue with you and don’t seem to be so unfair towards other employees.

Talking it out with your manager might yield some very unexpected results. If they seemed detached from you, unfriendly and ignorant of your needs and requests, there might be a deeper reason behind it. Your conversation might bring out your own shortcomings that the boss was hesitant to tell you about on their own, which caused him to act differently towards you.

If carried out properly and with mutual respect, a direct confrontation with an unfair, mean or otherwise inappropriate superior at work can come to a satisfactory conclusion and an opportunity for growth on both sides.

Take It Up With Human Resources

Sometimes there simply is no peaceful way to resolve a conflict between yourself and a manager. This is when you should put all of your fears and doubts aside and report directly to HR. More serious cases of workplace misconduct, such as sexual harassment or threats can only be worsened by directly confronting the perpetrator, and will intensify if ignored. A sexual predator will take inaction as a sign of invitation to push on with his advances, which is why it is so important to bring similar cases to human resources, as an official investigation should be launched for each and every instance of such misconduct.

You should not worry about losing your job or falling out of favor in the company. If your claims are honest and are backed by other employees’ testimonies, then you are in the clear and might even be in for a raise as a means of compensation. Even if the manager has a team of great, expensive lawyers who will help him get away from legally facing responsibility, you could be offered a lucrative settlement deal in exchange for your silence.

There is no reason for criminal and inappropriate behavior to be present in the workplace, which is why you should never stay silent about it if you are a witness or a victim of such behavior. Positions of power have been exploited for illicit purposes for thousands of years — it should not be acceptable that they continue into the 21st century.