Like it or not, politics and government will have a major impact on the cannabis industry, ultimately determining its financial future and having a major impact on demand. Indeed, the industry as a whole is at a critical point, with momentum for the legalization of marijuana and marijuana-related products building across America. However, that’s not to say that more work isn’t needed, and there are many political roadblocks in the way of expanding marijuana industry.

How Politics Is Affecting The Cannabis Industry 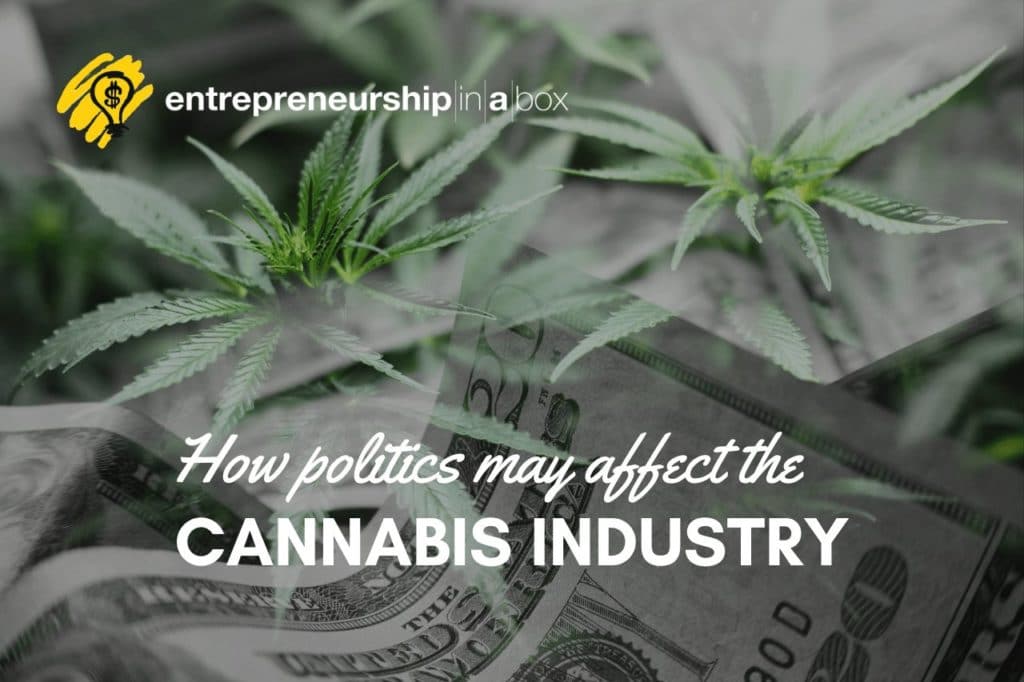 As a result of this, many people have found a reason to be optimistic about the cannabis industry. and its long term financial sustainability. According to the experts at Money Morning, there’s plenty of hope for the future of the cannabis industry. This has led many to be more bullish about the long-term future of the industry. Attitudes have unquestionably changed in the American population, and a majority of Americans now factor the legalization of recreational marijuana. This has led to the liberalization of marijuana laws in almost every section of the country, leading to more legal profits for the industry as a whole.

However, major obstacles remain. Specifically, the federal government. Medical marijuana and marijuana is still illegal at the federal level. This means that anyone caught using it for any reason could be arrested. Furthermore, marijuana companies cannot use the banking system or transport goods over state lines. This, of course, is a major problem for the industry’s future growth.

Marijuana stocks have not performed well over the past few years. This is for many reasons, including the oversaturation of companies on the market, executive departures, a fixed federal regulatory system, and decreasing demand. The COVID-19 outbreak also hit these stocks hard, as it made it harder to purchase marijuana, and many states did not create any special exemptions or programs for the marijuana industry.

However, all is not lost. Many cannabis companies have ample cash to get them through the current economic climate. Canada recently fully legalized marijuana, helping give a boost to the struggling industry. Furthermore, as noted below, the long-term forecast for marijuana is positive, and further legalization does appear to be at least somewhat likely in the United States.

Is It Worth Investing In Cannabis Stocks?

The answer to this question is ultimately tied to your personalized investing goals. Marijuana stocks have ebbed and flowed based on current events, most recently spiking after Democratic Vice Presidential nominee Kamala Harris said that she wanted to decriminalize marijuana. Indeed, generally speaking, a Democratic Presidential administration is likely to be more favorable to the liberalization of marijuana, including decriminalization and full legalization. By contrast, the Trump administration has been unfavorable to such efforts, with President Trump’s first Attorney General, Jeff Sessions, vowing to crack down on legalization.

So, what’s the answer? It depends on your time horizon. If you have a shorter investment goal, prepare for some turbulence. The marijuana industry is obviously in a huge state of flux. However, if past momentum is indicative of future performance, growth will happen, although this growth will not be instantaneous. More to the point, much of that growth ultimately depends on the 2020 Presidential election, and marijuana stocks are likely to rise – potentially in the long-term – if Joe Biden wins.

However, if your goal is long-term, a marijuana investment may be more favorable. While no one can say anything for certain, marijuana is already legal in many states, and further legalization is extremely. As such, the future of cannabis stocks seems bright, as it is an industry with ample growth potential.

The impact of politics on the marijuana industry is incredibly strong, but it isn’t all-encompassing. It is clear that the public opinion of Americans is changing, forcing elected officials to change their minds about the state of cannabis in America. This, in turn, is likely to have an extremely positive impact on the future of the cannabis industry. It is no longer a question of if, but when.