Why are the energy costs of wholesale so high? It results from a string of coincidences, some affecting the entire world and others only in the UK.

While we are all impacted by growing energy costs at home and work, it is a global problem brought on by several unanticipated and far-reaching factors. 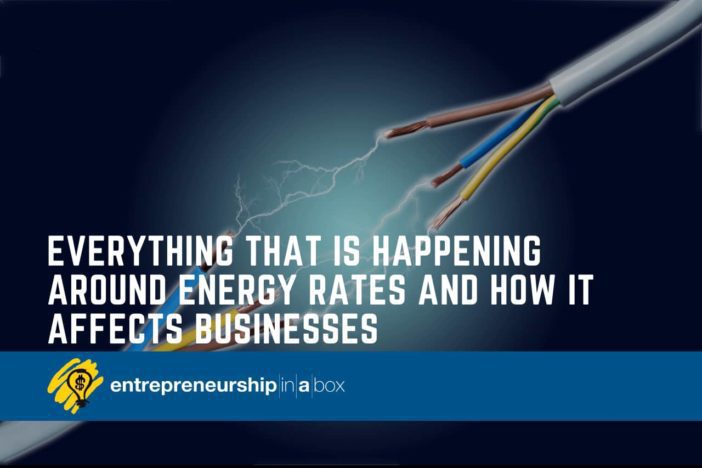 Energy prices were always a major concern, but they have become much worse as a result of several factors, including the situation in Ukraine (more on that below) and the following ones:

Why are energy costs in the UK so high?

We are experiencing a worldwide energy crisis, as you can see, but to make this situation worse, the UK is also dealing with the following issues:

Even if your green energy contract guarantees that all of the electricity you use comes from renewable sources, your prices will rise.

Fire at a National Grid facility in Kent

During a fire at a National Grid facility in Kent, a power connection between England and France—used to import electricity from the continent—was cut off. It won’t likely be completely operational again until 2023.

The UK has among the smallest gas reserves in Europe, which leaves little room for gas storage. In comparison to other European nations, where capacity may reach up to 37%, the UK’s capacity only accounts for about 2% of its yearly consumption.

Even though the government’s £15 billion assistance plan will see people credited with £400 spanning six months beginning in October, this will not have as great of an effect as measures made in other European nations. For example, France has restricted annual power price rises to 4%.

This is mostly attributable to the fact that many of them had business models that couldn’t handle a rise in wholesale costs. Additionally, customers contribute to cost absorption by paying more when providers fail.

Why are the costs of renewable energy so high?

If you have a green energy plan that provides just renewable energy, you could be perplexed as to why your costs are rising when there is no gas involved in its production.

The functioning of the UK’s energy grid is to blame for everything. Although over half of the UK’s total energy production in the initial three months of this year came from renewable sources, we still depend on gas-powered facilities to provide a portion of our electricity.

And from there, the problems with price stem. A method known as “marginal cost pricing” is used to determine energy costs.

This essentially implies that the price of all energy sources, including renewables, is determined using the most costly form of energy.

Even if you have a plan that provides 100% renewable energy, the cost of your electricity is determined not by the price of solar or wind power output but rather by the cost of the last source that was utilized to satisfy demand.

In the UK, gas-powered stations are utilized to supplement peak energy demand, and all electricity prices are determined using the price of gas-powered electricity.

Consequently, you can be sure that power rates will increase quickly when gas prices do.

The system will be examined until October 22, but one aspect of the Prime Minister’s energy cap announcement—that renewable and nuclear electricity will be switched from marginal pricing to Contracts for Difference—might have slipped by accident.

As a result, the price of energy produced by nuclear and renewable sources won’t be determined by gas costs. Rather, generators will get a set, beforehand agreed-upon price for the low-carbon power they generate during the duration of the contract.

What is the energy price cap?

When your switching period begins, it’s crucial to conduct a Business Energy Comparison.

The energy price cap was implemented in 2019 to restrict how much energy providers might charge residential consumers on basic variable rate plans (SVTs).

The UK’s energy regulator, Ofgem, has declared that the energy price cap would climb by 80% as of October 1 of this year.

This translates to an increase in expenditures of £3,550 per year for the typical household paying their utility costs by Direct Debit, from $1,969 annually. According to the most recent report, the price increase from the year’s beginning has been 178%.

However, the “energy price guarantee” has taken its place. For the following two years, home energy customers will be subject to a price ceiling set at the lower amount of £2,500 per year.

It is important to note that the cap establishes the rates that providers may bill for each unit of energy as well as the standing fee (which has increased in some regions), but it does not imply that there is a ceiling on the amount that consumers may pay. The average monthly cost for a household on a regular variable rate plan with their supplier is £2,500.

In other words, your expenses will increase as you consume more gas and electricity.

If you operate a barbershop or restaurant instead of working from home and from a set location, for example, you won’t be protected by a price cap.

Even though your company will have a customized corporate gas and electricity plan, you could discover that your commercial provider has raised prices at your next renewal to account for rising expenses.