X-ray diffraction and X-ray fluorescence are widely used in analytical methods to characterize materials. Both methods are based on the irradiation of the test sample with X-rays. However, these methods use totally different physical mechanisms and allow obtaining different information about the test sample.

Here is an explanation of how X-ray fluorescence works and how it differs from X-ray diffraction. 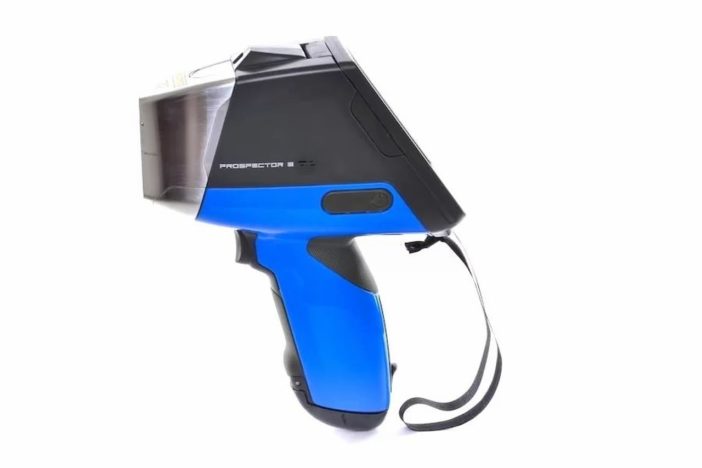 where “d” is the distance between the planes on which atoms lie in the crystal lattice, “θ” is the glancing angle (Bragg angle), “n” is the order of the diffraction maximum, “λ” is the wavelength.

In practice, there are two variations of the method for obtaining a diffraction spectrum. The first is to irradiate the sample with a continuous spectrum at a fixed geometry (Laue method), and fix the wavelengths for which the Wulf-Bragg equation is satisfied. The second option – the Debye-Scherrer method, consists in irradiating the sample with monochromatic radiation with a known wavelength, and changing the glancing angle during the measurement. The resulting picture is the dependence of the scattered radiation intensity on the angle θ.

In both cases, the information on diffraction peaks obtained during the measurement makes it possible to calculate the interplanar distance “d”, including the lattice constants of crystallites in the sample under study, which makes it possible to establish the structure of the crystal, that is, to find out which compounds form atoms.

X-ray fluorescence analysis is based on the study of the inelastic scattering spectrum, the so-called characteristic spectrum. The mechanism of generation of the characteristic spectrum has a purely quantum character. When a sample is irradiated with X-rays of sufficient energy, the radiation quanta can be absorbed by the atoms of the substance. This is accompanied either by the transition of one of the electrons of the atom to a higher energy level, or by its complete separation from the atom, that is, ionization. If an electron from the lower orbitals of an atom was knocked out by an X-ray quantum, the vacant position is quickly filled with an electron from the upper energy levels, which is accompanied by the emission of a quantum with an energy equal to the difference between the energies of the initial and final levels. The set of electron energy levels is a unique characteristic of each element of the periodic table, therefore, based on the characteristic lines present in the spectrum and their intensity, one can draw quantitative conclusions about the chemical composition of the sample.

Thus, X-ray diffraction and X-ray fluorescence are fundamentally different phenomena that carry different information about the sample under study. The X-ray diffraction spectrum carries information about the crystal structure of the sample, and the mutual arrangement of atoms in the crystal lattice, and the fluorescence spectrum – about the elemental composition of the sample under study.

Both methods have their applications and limitations. So X-ray diffraction analysis is applicable only to samples with long-range order, that is, crystals, since it requires a regular lattice with a constant distance between atoms. This method is not applicable in the analysis of amorphous substances (for example, glasses), and even more so liquids. X-ray fluorescence analysis, on the other hand, is not sensitive to the state of aggregation of the sample, and can be used to analyze both solid samples and liquids. However, X-ray fluorescence analysis is weakly sensitive to light elements and is not applicable for determining the concentrations of elements with atomic number Z<11, while X-ray diffraction analysis is able to analyze the crystal structure of the sample, regardless of the atoms located at the sites. The methods also differ in the detection threshold. Since, as noted earlier, diffraction spectroscopy requires a regular structure, the method is not sensitive to local defects and low impurity concentrations (less than tenths of a percent). X-ray fluorescence analysis, in turn, has a good detection threshold, reaching tens of ppm (parts per million, i.e. 0.0001%) for heavy elements.

Thus, the methods of X-ray phase and X-ray fluorescence analysis carry different information about the sample under study, and the choice of a specific method depends on the task statement. Also, in some cases, it is advisable to use both methods and combine their results, since these methods of analysis complement each other well, making it possible to obtain much deeper and more accurate information about the composition and structure of the sample when used together.

You can get more information and choose an XRF analyze here.