Paying for items via credit has existed for around as long as commercial spending has, to cover the gaps where customers didn’t have the funds immediately to hand or knew that funds would be available soon. The system has been refined over thousands of years to now include many extra terms, clauses, and concepts like interest, but the core concept remains the same.

In reality, that original form of credit is very much alive and well in the modern era, and the basic ‘Buy Now Pay Later’ model is one of the best examples of it. In a time where people are being inherently more cautious over their spending, many people are happy to find an alternate payment method that keeps immediate cash in their pockets for unexpected expenses. 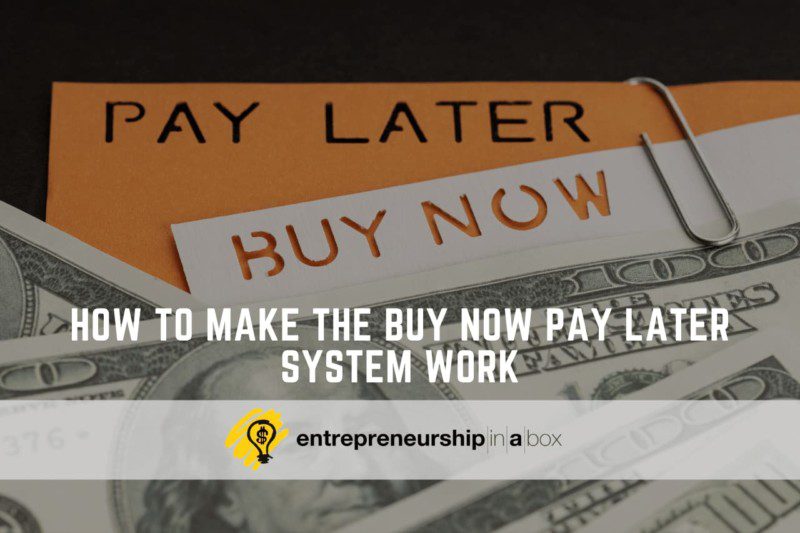 As a concept, however, it is also ripe for abuse, and companies who provide this option have to take extensive precautions to ensure that they aren’t taken advantage of. This article will look at what exactly makes this kind of service work and all the safety steps businesses can and often need to take to be successful.

What is ‘Buy Now Pay Later’?

‘Buy Now Pay Later’ isn’t a single business model as such, but a kind of catch-all term that applies to multiple versions of the same concept. At its heart, it refers to any system where a customer can purchase an item immediately but settle the cost of the item with the vendor at a later time. It is in effect the opposite of the layaway model, which is where the item is reserved but not given to the customer at the start of the arrangement.

The actual form of it is down to the vendor, although a few standard systems apply. The most basic version is exactly as the name suggests: the customer takes the item with a contract to pay in full at a specific date. The future date is often a handful of months from the purchase date in this case, although this specific model is not particularly common with regular retail businesses and can be more often seen linked to government funding schemes, for example, on school equipment.

The far more common retail model is one using monthly installments between the time of purchase and the end of the contract, which is much more likely to be further in the future than the first model. It’s not uncommon to see 12, 24, or even 36-month agreements, which in part depend on the cost and type of the item purchased. For instance, buying a high-end Razer computer mouse would likely only ever be a 12-month repayment due to the lower cost, whereas a top-spec Apple laptop could warrant a longer agreement.

Interest can be applied at the discretion of the company. On the one hand, it can allow companies to mitigate the loss of immediate revenue in favor of higher yields later, as well as cover any administrative costs that arise. On the other, removing interest from the equation is now becoming a common marketing tactic and is promoted front and center as a benefit to customers. It’s quite standard to see the ‘0% interest’ option on billboards now.

What Are the Risks to Companies?

Like any company that provides a loan or credit to customers, the number one risk is simply the customer failing to repay the cost, either intentionally avoiding it or purely through lack of funds or even bankruptcy. While it would result in a breach of contract and legal action could be taken, the cost of recouping any losses often outweighs any gain, especially for smaller items. For this reason, credit score and history are often taken into account when approving agreements like this.

Related to this is the idea of fraud when applying, where someone applies under a false name or with false identification. To combat this many businesses prefer to take official documents as proof, such as passports or government ID cards, as well as things like bank statements and energy bills which show hard proof of a residential address. Admittedly, all of the above could be faked, but the expense of doing so would likely outweigh the benefit for anything short of a new car.

If false credentials are suspected, companies can even spot fraudulent users with email verification to see whether the email has been used for things like social media. This is a particularly revealing step when checking for suspicious details. Someone making a new email for the sake of applying is unlikely to have taken the time to set up social profiles and other services to make it look more legitimate. While it’s feasible that a customer may genuinely not have services connected to their email, it’s an unusual situation which at least can prompt extra investigation.

Are There Any Sure Fire Security Methods?

As with any credit system, there is a fine balance between safety for the creditor and appeal to the customer. In theory, there are endless ways that identities could be proven without a shadow of a doubt, but it’s hard to imagine anyone ever giving a DNA sample to buy a toaster or having a fingerprint scan taken for a new corner sofa.

It all comes down to caution and research on the part of the company. Some businesses even go so far as to limit these offers entirely to those who haven’t lived in the country for at least a year or who otherwise could leave at short notice. Others simply have extremely strict eligibility based on credit score or income.

There really isn’t one correct answer that will apply to all businesses, as customer needs can vary dramatically from industry to industry and how many hurdles customers are willing to jump can often be a major factor between competing companies. In the end, caution is the keyword, but it must be tempered with business sense as well.