Laser ablation refers to the process where a laser beam is focused on a sample surface to remove the material from the irradiated zone. This idea is becoming popular in many technical and industrial applications. The use of laser ablation has become prevalent in the production of nanomaterials, fabrication of superconducting materials, and deposition of thin metallic and dielectric films. Besides this, routine welding, bonding of metal parts, micromachining of MEMS structure, and aerospace technology also use laser ablation.

Many aerospace manufacturers use this technology to remove layers from solid metals and various compounds to make them more suitable for industrial processes. This concept offers absolute precision to carry out the task smoothly. Here is everything to know about laser ablation in aerospace technology and its benefits. 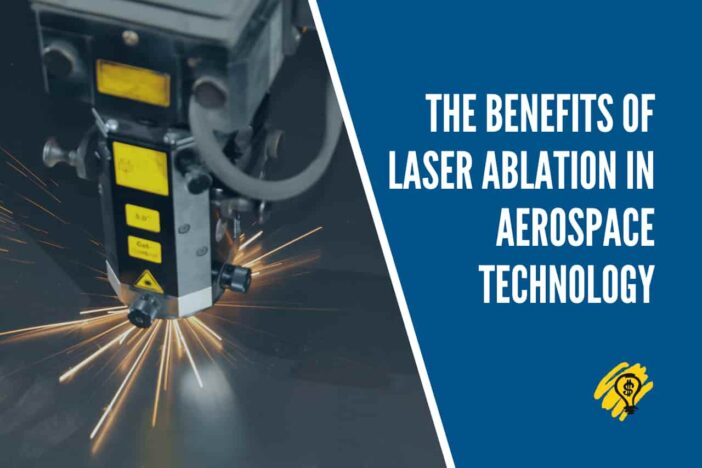 The Working of Laser Ablation

Under this process, a laser beam is focused on the surface of the metal. It breaks off existing chemical bonds that bind the material to be removed. The application of the beam then burns off the material, thus vaporizing it. Many professionals use pulse fiber lasers to accomplish this process. It is because this form of laser has high intensity. The higher brightness is very effective, thus not requiring high energy levels, which further helps you save costs.

Pulsed lasers operate at frequencies up to 4MHz and require only 110-240v. Aircraft manufacturers rely on adhesive bonds to simplify their design and improve their performance. The composite content of modern aircraft has increased. As a result, metal to composite bonds is becoming increasingly popular. When you replace the joints with these bonds, it reduces their weight, provides more reliable joints and simplifies the process of manufacturing.

To form secure adhesive bonds for the purpose, suitable material surface preparation methods should be used. When you use the laser ablation process, it delivers detailed results while preparing the surface. It also leads to high reproducible topography. The whole arrangement allows for a consistent application of predictable bond and adhesive.

Thermal Barrier Coatings and the Role of Laser Ablation

Thermal coatings are a vital part of aerospace operations. They help reduce the temperature of aircraft components significantly. Because of this protective coating, it becomes possible to increase the process temperatures and efficiency of the operations.

In this context, the process of fiber laser ablation lets drilling on heat-sensitive and delicate materials. It removes the material so quickly that the nearby area is not impacted in the whole process. As a result, you get precision, and the engines perform at a high level with reduced fuel consumption.

Owing to the advancements in fiber laser technology, the process can be performed with extremely high precision, accuracy, and efficiency. Know the below-listed benefits of laser ablation in aerospace operations.

Considering the many benefits of laser ablation technology, its use has become widespread in many industrial solutions. The aerospace industry relies solely on this concept to save costs and perform precise operations. The future of this technology looks very promising.