It wasn’t that long ago that TV shows and movies sometimes depicted a future where everyone would drive flying cars, presumably powered by an alternative energy source. While these vehicles remain a fantasy, electric cars have become part of reality and are now a fully established part of the automobile industry.

It has been predicted that 2025 will see the electric vehicle (EV) sector being responsible for about 20% of the total new car sales industry. Further estimates show that this will grow to 40% in 2030, and eventually, all new car sales could be EVs. 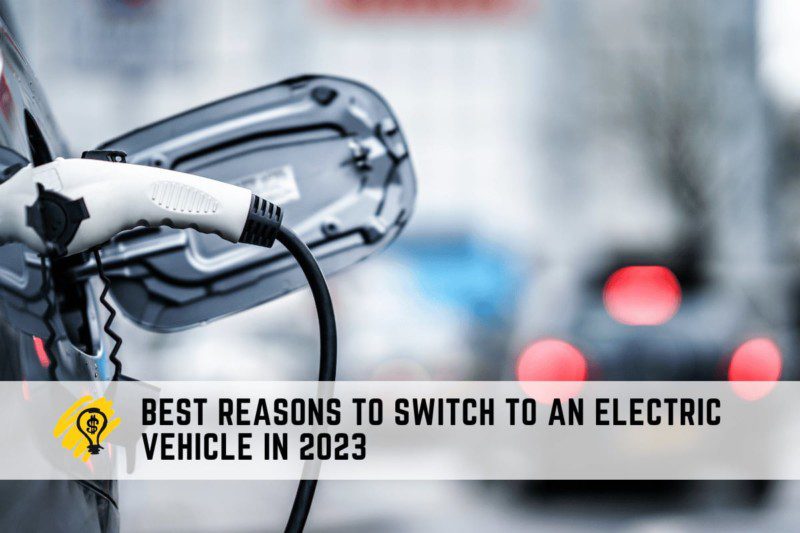 One state is spearheading this change. California banned gas-powered car sales recently. By 2035, no traditional new cars will be allowed for sale there.

Why should you consider switching to an electric vehicle?

However, the market is growing in a significant manner as individuals, and businesses, start to discover the benefits of EVs. This short article has some of the better reasons for switching from a gas guzzler to an electric vehicle in 2023.

No concern about fuel costs

It is easy to buy an EV charger from an online vendor, and electric cars can be charged at home. No need to visit a gas station, and no worries about potential fuel price rises.

The last year has seen queues at gas stations in many countries with shortages, and price hikes causing misery for drivers worldwide.

Better for the environment

Electric cars do not emit greenhouse gasses in the way that gas-powered cars do. There are no CO2 emissions from electric cars, unlike traditional models, which makes them greener instantly.

However, there are still other concerns, and these have caused a number of myths to fly about EVs. Some people believe EVs are not that green because of the way electricity is produced.

Electricity is what is known as a secondary energy source. This is because it gets generated from other energy sources, such as coal. Most of the electricity generation in the world comes from fossil fuels. Therefore, using an EV means gas emissions are created from the generation of electricity.

But, the renewable energy sector is growing rapidly, and solar power can be used to generate electricity. Using green utility companies will make an EV even more environmentally friendly.

During its lifespan, an electric car will cost you less than a regular gas-powered one. EVs indeed cost more on average than a standard car, but there is less maintenance to worry about and fewer parts to replace.

There is very little maintenance needed as far as the motor and battery are concerned. Regenerative braking is used in EVs, and this reduces brake wear, according to the Dept. of Energy.

One study has shown that owning an EV will cost up to $15,000 less during its lifespan than a gas-powered car will.

The batteries being used in EVs are longer lasting now also. They could typically be expected to perform for up to 200,000 miles and still be working in 20 years. Improvements in this area are helping to make EVs greener to offset the emissions caused by car and battery production.

Most of the issues with EVs have been resolved, and improvements continue to be made by forerunners Tesla and other car companies. There are more charging stations now, and locating one is much simpler than before. Forward-thinking businesses are installing charging stations at workplaces for employees and company vehicles.

EV owners typically have no trouble charging their vehicles now, and adaptors are available to ensure that any electric car can charge up from different sources.

Even if there are no charging stations in your area or you live somewhere remote, it is easy to find a Tesla charger for your new vehicle. The next five years will see more electric cars on the road, and fuel stations may become a less frequent site, or they may switch over to charging EVs.

2023 may be the best year for an EV purchase for these reasons and one or two others. There are tax credits available for those who buy a new electric car, and the cap that was previously in place has now been removed. This is likely to see a surge in EV sales this year. New restrictions on battery components come into play in 2024. These new rules could see the cost of production rising. Therefore, 2023 may be the best year to invest in an electric car.